By 1617 a Mission was established and a church erected at San Ildefonso. The pueblo belongs to the Tigua nation, which in Benavides day comprised eight towns and numbering in all, so he says, about, 6000 souls. He rejoices in the fact that this people was the first to embrace the Christian faith, “a fact in which its inhabitants glory and which made them friends of the Spaniards.” The church at San Ildefonso was especially commended, in 1626, by Benavides, and he claims that it was the Franciscans who taught the San Ildefonsans how to irrigate their lands with the river water, by means of dams and ditches. Later, however, in 1696, the church was totally destroyed, but soon rebuilt, for today a church stands, and it is undoubtedly on the site and largely composed of the ancient structure.

Sandia had a Mission Church established before 1617, three years before history was made on the Eastern Coast at Plymouth Rock. The Church was destroyed in the rebellion of 1680, and the pueblo from that time on was practically abandoned. Later, however, Fray Juan Miguel Manchero was authorized to locate these Sandia people wherever in his judgment a successful pueblo could be established. Influenced no doubt by the wishes of some of the old Indians he determined on the site of old Sandia, and a very extensive tract of land was set apart for their use, and duly ceded to them with all proper formalities, April 5th, 1748.

Just when the Mission of San Geronimo was established in Taos is unknown. In 1626 Benavides reports a population of 1050 souls, all baptized, with Convent, Church and school. In 1680 Taos joined in the great rebellion, indeed Popé its leader, at the time was living in Taos, whither he had fled for refuge on account of several murders he was accused of having committed. When de Vargas re-conquered the country he succeeded in winning back the pueblo to Spanish allegiance without conflict. Later, when the United States took possession of New Mexico practically the only place that did not accept the now government in good faith was Taos. Immediately a force was sent against Taos (this was in 1847) and the last stand of the Indians was made in the old Mission Church, which has ever since remained in ruins.

Other interesting data on the Missions of Arizona, notably of San Xavier del Bac, San Jose de Tumacacori , those among the Pima and other tribes we cannot treat at large in this number. We hope, however, to give our readers more anon, as “it is to be doubted whether, in all the annals of American Mission history, there is anything more fascinating than the story of the Missions of the regions now known as New Mexico and Arizona.”

As to the Hopi who were always considered as part of the New Mexican Mission tribes, we subjoin an extract from the Handbook of American Indians, (Washington, 1907).

“The first actual missionary work undertaken among the Hopi was in 1629, on August 20th of which year Francisco de Porras, Andres Gutierrez, Cristobal de la Concepcion, and Francisco de San Buenaventura, escorted by twelve soldiers, reached Awatobi, where the Mission of San Bernardo was founded in honor of the day, followed by the establishments of missions also at Walpi, Shongopovi, Mishongnovi, and Oraibi. Porras was poisoned by the natives of Awatobi in 1633. 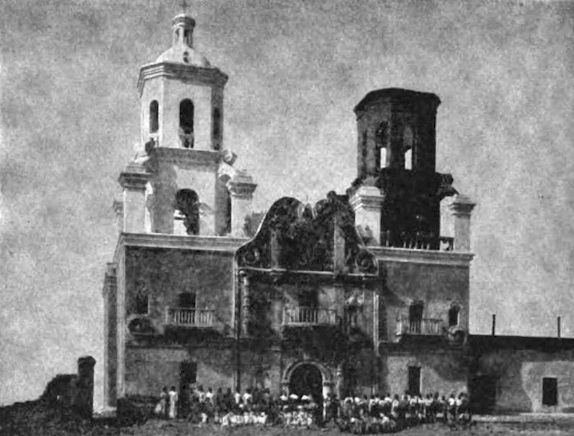 All the Hopi Missions seem to have led a precarious existence until 1680, when in the general Pueblo revolt of that year four resident missionaries were killed and the churches destroyed. Henceforward no attempt was made to reestablish any of the missions save that of Awatobi in 1700, which so incensed the other Hopi that they fell upon it in the night, killing many of its people and compelling its permanent abandonment.”

At present the Hopi have no resident missionary priest, although in recent years some attempts have been made to reestablish a mission there. 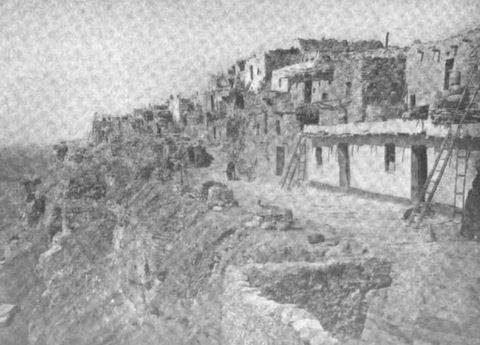