Written in emblazoned letters on the pages of history of the Catholic Church is the great work done by the early Franciscans in America, particularly in the southwestern part of the present United States.

Arriving on the first ships, even with Columbus himself, these humble followers of the Seraphic Saint at once entered upon the difficult task before them with great energy and devotion. Neither lure of adventure nor lust for gold was their incentive, but the one desire to win souls for God, pursuant to Christ’s command: “Going, therefore, teach all nations.

In 1539 a Spanish Franciscan, Fray Marcos de Niza, discovered the territory now comprising the recently admitted states of Arizona and New Mexico. For three hundred years the Franciscans labored herewith untiring zeal. The gospel seed fell on good soil and brought forth fruit a hundred fold. Witness the numerous churches and chapels that dot the land, as also the many pious old customs still in vogue among Indians and Mexicans. (See Lost City of Gold)

In 1828 the Mexican government expelled the Friars, and it fell to the lot of the secular clergy to keep alive the Catholic faith implanted and nurtured by the zealous religious. But the task was beyond their strength; their number was utterly inadequate to fill the vacancies caused by expulsion of the religious.

As visits from the parish priest became rare and religious fervor grew cold, the poor Indians left to themselves, gradually reverted to their old pagan beliefs and practices. The beginning of this century, however, witnessed the return of the brown-garbed sons of Saint Francis, who zealously resumed the noble work of their heroic predecessors. Again they have charge of Acoma, Lacuna, Zuni, Santo Domingo, San Felipe, Cochiti, Jemez, Sia and Santa Ana, as also a number of Mexican towns and villages.

All these pueblos had formerly either a resident priest or even a conrento; now Jemez alone has a conrento and for some years before that had a resident priest. The parish of Jemez comprises an area of more than three thousand square miles, as thirteen other missions are connected with it: two pueblos, that of Sia and Santa Ana, and eleven Mexican stations with a population ranging from nine to one hundred and seventy five families. 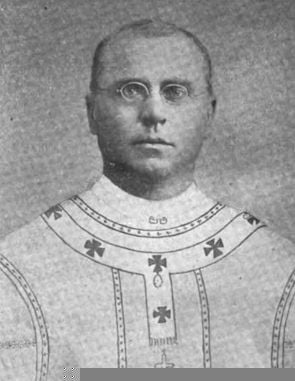 The only way to set aright their religious ideas, and to make good Christians of them, was to begin with the children through whom the parents could be reached. A school was imperative. Sisters, too, must be secured who would devote their lives to these neglected Indian children.

Fr. Barnabas heard that Sr. M. Bernabas, of the Franciscan Sisters of Lafayette, Indiana, was on a visit to the Sisters of her Community at Peña Blanca and thither he journeyed at once. So earnestly did he plead his case that Sr. M. Bernarda and later Mother M. Josepha kindly promised to send Sisters to this prospective school.

Ground was broken in August 1905, and construction work begun on the new school. Again the Fathers and Brothers performed most of the labor. The late Mrs. L. M. Drexel of Philadelphia generously assisted in a substantial way. In the meantime, three Sisters had been appointed to the new mission, and willingly they started on their long journey to New Mexico. On Sept. 22nd 1906, they left Bernalillo for Jemez with an Indian driver and a mule-team. At first the mules stubbornly refused to go. The driver coaxed, then threatened, but all to no avail. As a last expedient he applied a knotted pole. It was a waste of energy.

The mules did not budge until the beating ceased and in their own good time began to go forward. They made the thirty miles in eleven hours.

School opened October 1st 1906. By this time, however, most of the Indian children were already enrolled in the government schools at Jemez and Santa Fe. Some, too, were at St. Catherine’s, Santa Fe, a school conducted by the Sisters of the Blessed Sacrament. For this reason, the new mission school numbered few pupils the first term. Each succeeding term, however, brought an encouraging increase, until more than two thirds of all the children of the Pueblo had been enrolled in the new school. 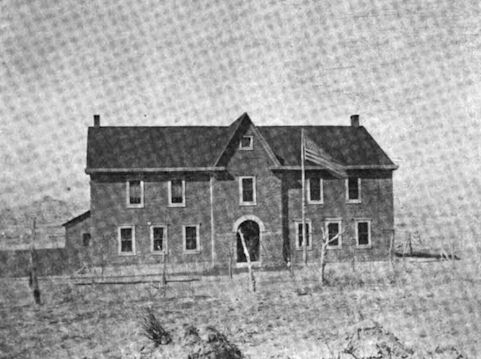 Still another difficulty presented itself. At the other schools the children received clothing and, on school-days, a meal at noon; so the mission school had to try to do likewise. Thanks to the generosity of Mrs. L. W. Drexel and other benefactors, this difficulty was happily overcome.

When the various Indian Reservations were assigned to the different denominations under President Grant in consequence of his “Peace Policy”, the Catholic Pueblo of Jemez was assigned to the Presbyterians, a rather unpardonable procedure!

Having established a Mission and school at Jemez, the Presbyterians eventually gave up both and leased their school buildings to the Government for educational purposes. Henceforth Jemez had a Government school conducted by a Protestant teacher almost as though it were a Protestant Mission school.

Since all the Jemez Indians are Catholic and since almost all the children of the Pueblo frequented the Sisters school, Rev. Father Ketcham, in October 1909, succeeded in inducing the Indian Department to close the Government school, to recognize our Mission school as a Government school and to appoint the Sisters as Government teachers at a minim um salary. Thus the Protestant teacher was transferred elsewhere and the rent for the Protestant school building ceased.

This incident contributed in part to the storm of protest which resulted in the well-known “Garb” order of Indian Commissioner Valentine, banishing the religious garb from Government Indian schools. President Taft, however, suspended this order and, upon investigation, decided that Sisters who are now in the Indian Service may remain, but that henceforth none may enter the Service.

As long as the sectarians controlled the school at Jemez, and sought to turn Catholic Indian children from their faith, all was well; but when the Sisters were placed in charge the school suddenly became sectarian and therefore unconstitutional! 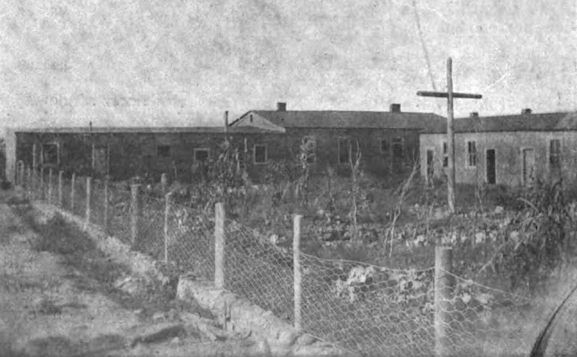 The Parsonage of Jemez

Since the mission school became a Government school, religious instruction has not been given there, but Christian Doctrine is taught every morning in the chapel. The children are very eager to attend Mass and instructions and will even make a sacrifice to do so.

For some days the Sisters noticed that several children absented themselves during recess time, and when class was resumed, invariably were late. They inquired, and found that these children had left home without breakfast in order to attend Mass, and used the recess to get something to eat. Placed before the alternative to miss either Mass or breakfast they were not slow to choose. Now the Sisters prepare breakfast, too, for these children.

Frequent reception of the Sacraments must give increase to the good seed strewn in their hearts. Every Sunday these children can be seen devoutly approaching the Holy Table to receive into their heart the Children’s Friend.

Ten years’ activity of the Franciscan Fathers at Jemez has done a vast amount of good among the older members of the Pueblo, as well. Where at first the Fathers were viewed somewhat askance, they now have the full confidence of the Indians. Ignorance has been dispelled to a great extent and religious life has proportionately taken a new impetus.

The steadily growing number of confessions and Holy Communions, the interest shown by the people in the repair and adornment of their churches and chapels, as well as other signs of religious awakening, are an earnest that the Pueblo of Jemez will soon again be the flourishing parish it was years ago.

As to the sectarians their efforts were lost on the Jemez Indians. For, although they established themselves at Jemez thirty years ago, and now have a minister and a school teacher residing in the Pueblo, still, not one of the Jemez has joined them; their chapel has no worshippers, their school no pupils. And they were far better supplied with worldly goods than either the Fathers or Sisters.

So the future looks bright and promising and the outcome cannot be doubtful as the undertaking is certain of God’s special protection shown so visibly in the past.